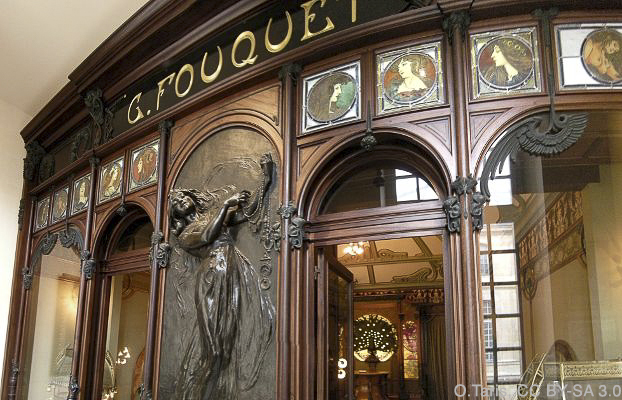 Jean Fouquet’s father Georges was a legend in the world of jewellery. An Art Nouveau designer, second only in importance to Lalique, he moved seamlessly into the new look of the 1920’s and encouraged his son with his progressive designs.

Inheriting his father’s predilection for semi-precious stones – topaz, coral, jade, Jean worked with grey gold, silver, lacquer and steel. Indeed one startling design for a bangle in the form of a ballbearing was composed solely of ebony and steel.

His forms are, in the main, geometric, showing strong Cubist influence. He believed that jewels should be large and visible from a distance but never lost sight of the fact that they were to be worn to complement and enhance the look of the wearer.” 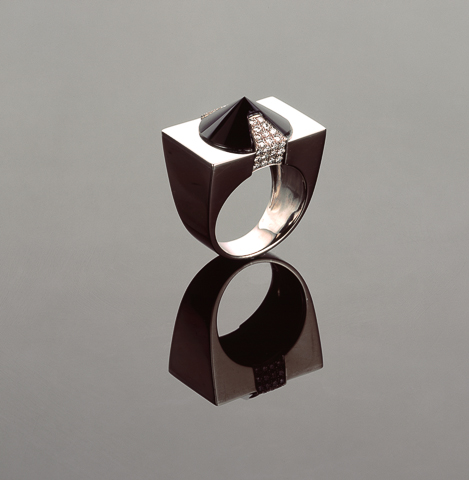 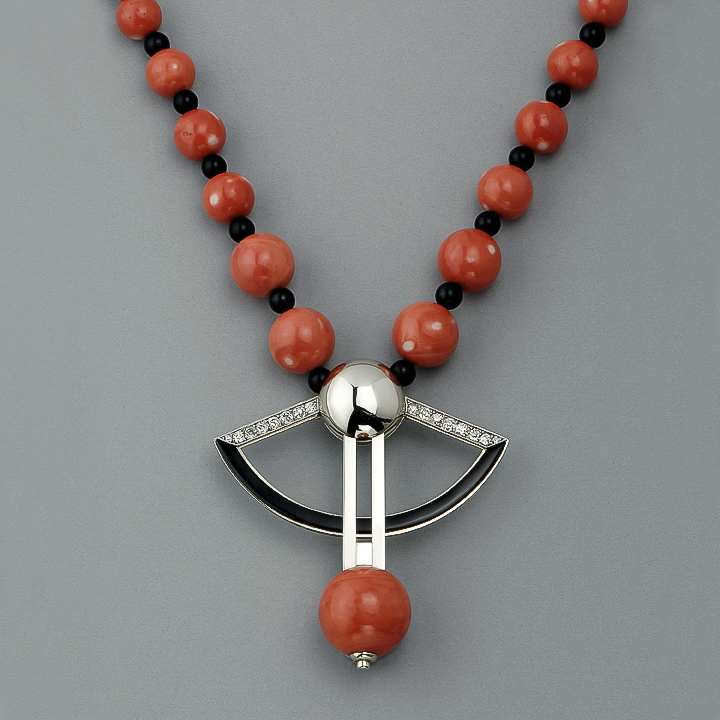 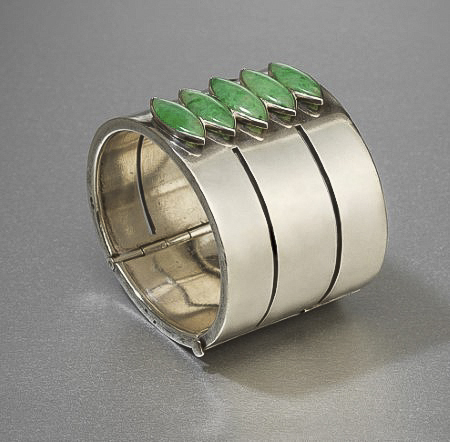