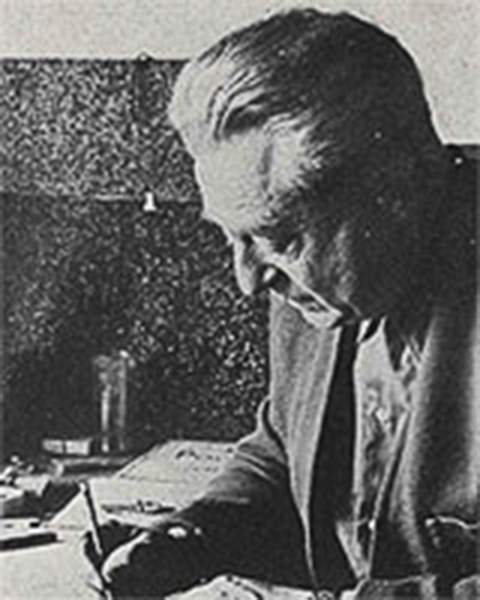 At a young age, in 1904, Despres was sent to Paris to learn the techniques of silversmithing and, of his own volition, to study drawing at the Paris art schools. At the famed “Bateau Lavoir” he met, amongst others, Picasso, Braque, Modigliani and Signac. One can only but imagine the effect this had. Braque, Signac and Despres remained lifelong friends.

During the first world war he was required to work as a draughtsman in an aircraft factory which fired his interest in machine parts and which was to be a major influence in his later work. During the late 1920s and through the 1930s he produced, by hand, dynamic but simple geometric forms with a purity of line and form which had great appeal for the newly emancipated woman.

His jewels were known as “Bijoux Moteurs”.

Working mainly with silver he wished his jewels to be democratic and affordable. Sadly this genius of design, known as the “Picasso of Silverware” did not translate well to the more feminine look of the 1950s. 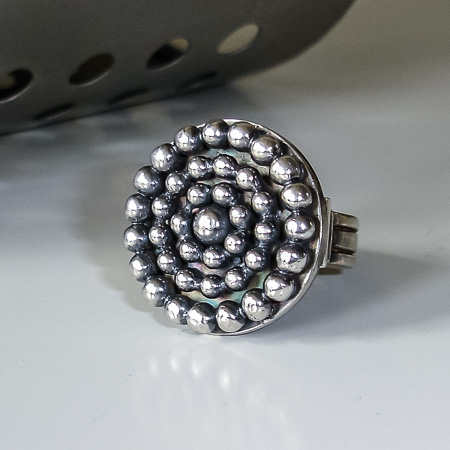 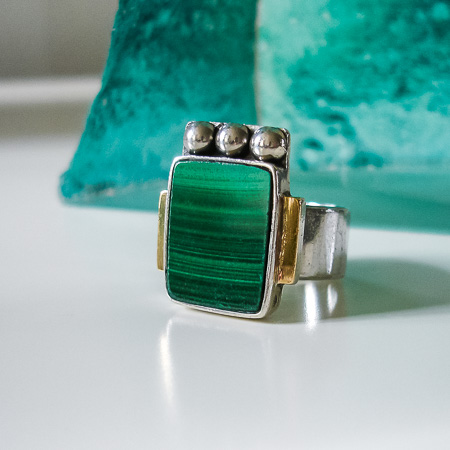 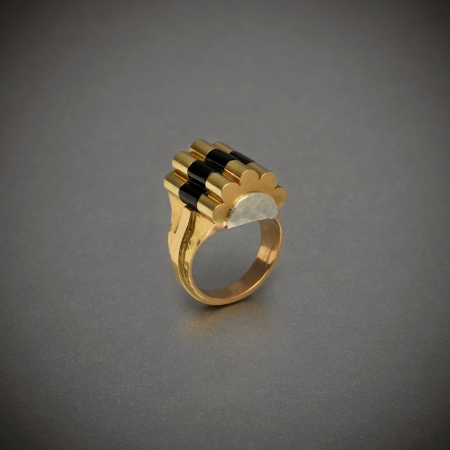 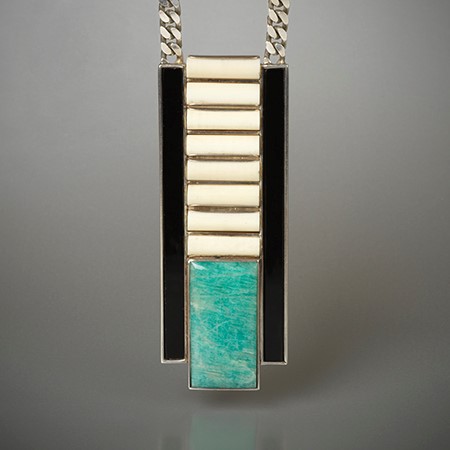 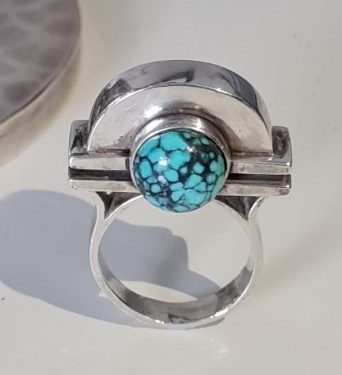 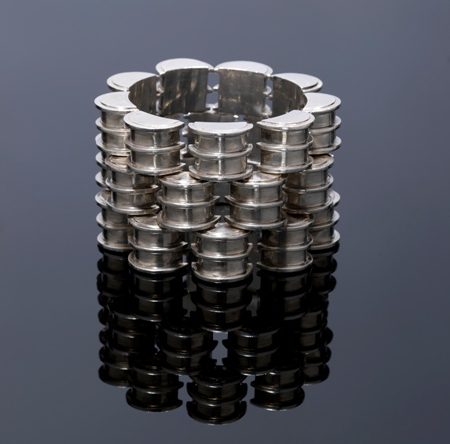